Another production cycle was started, during which I was the UI coder. My goal for this session was to learn how to set up vertical and horizontal layouts.

I had to work heavily with problem-solving during this production cycle, as there were many difficulties with getting a proper functioning UI. I communicated effectively with my team by figuring out what type of font they wanted for the project and asking questions when needed. I used the Unity Manual to learn about vertical and horizontal layouts, and quickly fixed any problems I had with the code. This will help me in the future because now I know how UI functions and how to set one up. 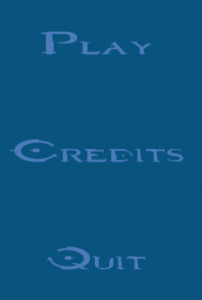 Our game was very simplistic, using basic shapes and easy to understand mechanics. The game has two stages, one in red, and one in blue.